After nearly two decades of being reduced to a passageway, Hong Kong’s Central Market has reopened to the public in a spiffy, revitalized avatar. Rebecca Lo finds out if its current iteration was worth the wait. 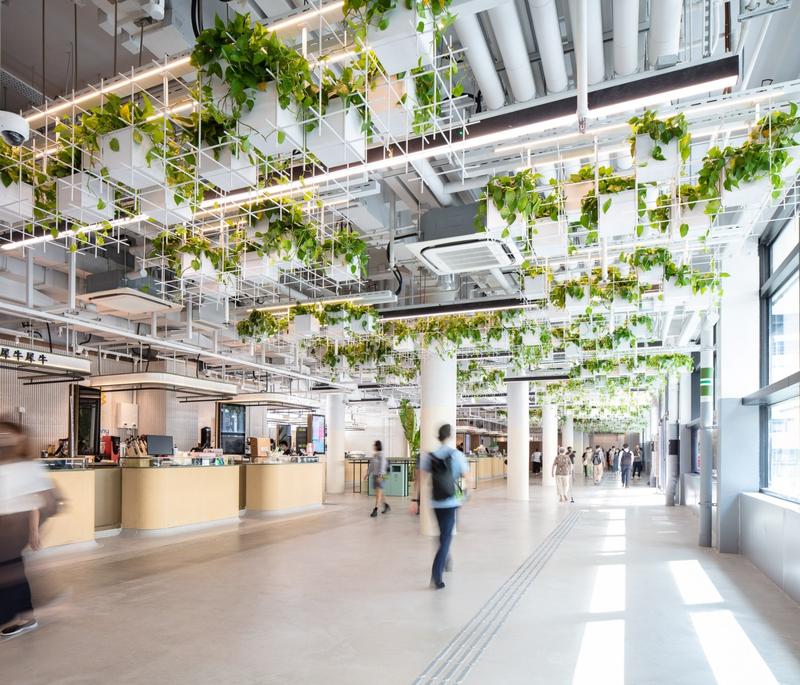 In 1939, the residents of Central and Sheung Wan got a glimpse into the future of grocery shopping when Central Market opened its doors for business. A cross between Bauhaus and Streamline Moderne architecture — both trendy prewar styles — the market boasted 255 stalls, a central atrium and the city’s first public toilets for women.

The stench of carcasses coexisted with the pleasure of bargaining for rainbow-hued fruit. Only a few families owned a fridge, making it necessary for the rest to make a daily trip to the neighborhood wet market.

In Nan-hie remembers frequenting Central Market with her mother in the 1980s to pick up beef and fresh vegetables. The former Sheung Wan resident recalls that the market was never a family-friendly place.

“There were dark corridors. It was never busy and the stalls were never fully occupied. Even as a kid, I could see that it was already in decline, well before the market closed.” 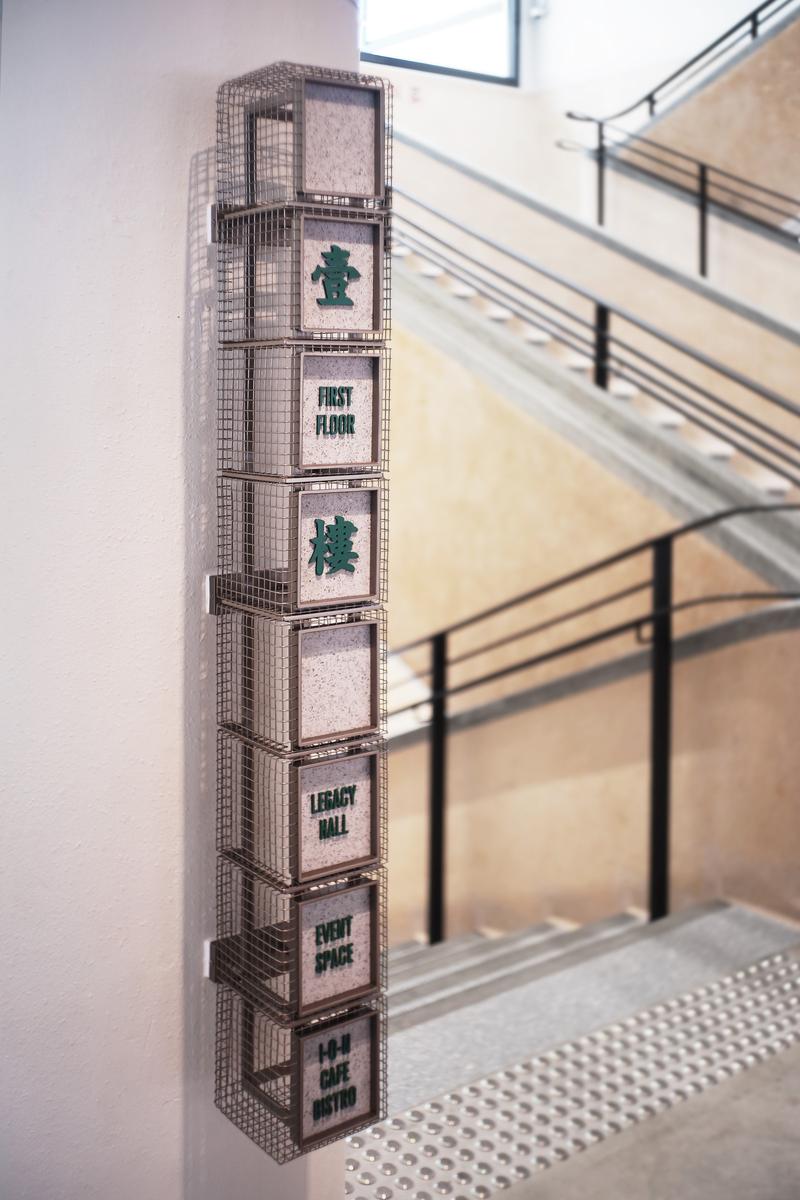 Black metal handrails were added to the original balustrades, to bring the stairs up to present-day building regulations. (PHOTO PROVIDED TO CHINA DAILY)

As lifestyles changed Central Market had begun to look like an oddity in a landscape dominated by supermarkets and spiffy, new shopping malls. Its location, however, was on prime real estate which deserved to be better utilized. In 1993, when the Central-Mid-Levels escalator started operating, the government swooped in and converted part of Central Market’s western flank into a vital link between Hong Kong’s central business district and the escalator.

In 2003, the market finally closed after trying to hold out against years of dwindling patronage. After much bureaucratic flip-flopping between demolition and revitalization, a decision was made in favor of the latter. A decade-long process of public consultations, heritage analyses, architectural proposals and budget reviews followed before a development plan could be firmed up and implemented. The first phase of the revitalized Central Market soft-opened to the public on Aug 23. 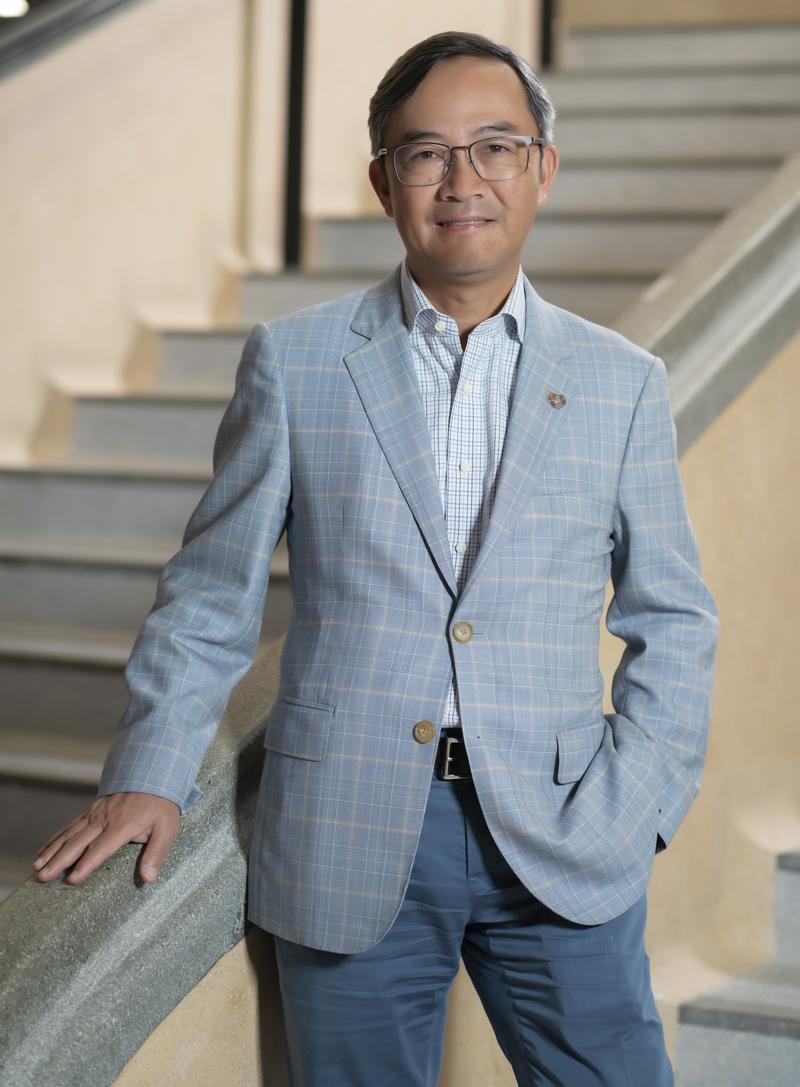 Chinachem Group was awarded a 10-year contract to operate all the interior spaces. “Time constraint was one of the biggest challenges we faced,” admits Dennis Au, the group’s managing director of real estate. “We had to get the market ready for its soft opening in five months, from interior design, fitting outs, reconfiguration, decoration to recruiting tenants. We had very limited time to curate this urban heart treasured by everyone.”

Chinachem had gauged that Central Market would develop over time, reflecting the evolving desires and interests of its users. To that end, architect AGC Design, interiors consultant Shadow Design and branding consultants Marc & Chantal developed a series of flexible interventions inspired by the heritage building.

Each of the three levels was programmed according to pedestrian traffic: the upper level with footbridge connections to IFC Mall and the Central-Mid-Levels escalator is lined with takeaway outlets to facilitate grab and go. The ground floor contains a food hall and gourmet grocers. Sandwiching them are souvenir and craft stores interspersed with heritage photos and installations. In the former atrium, a courtyard with footbridges above serves as an al-fresco dining space. 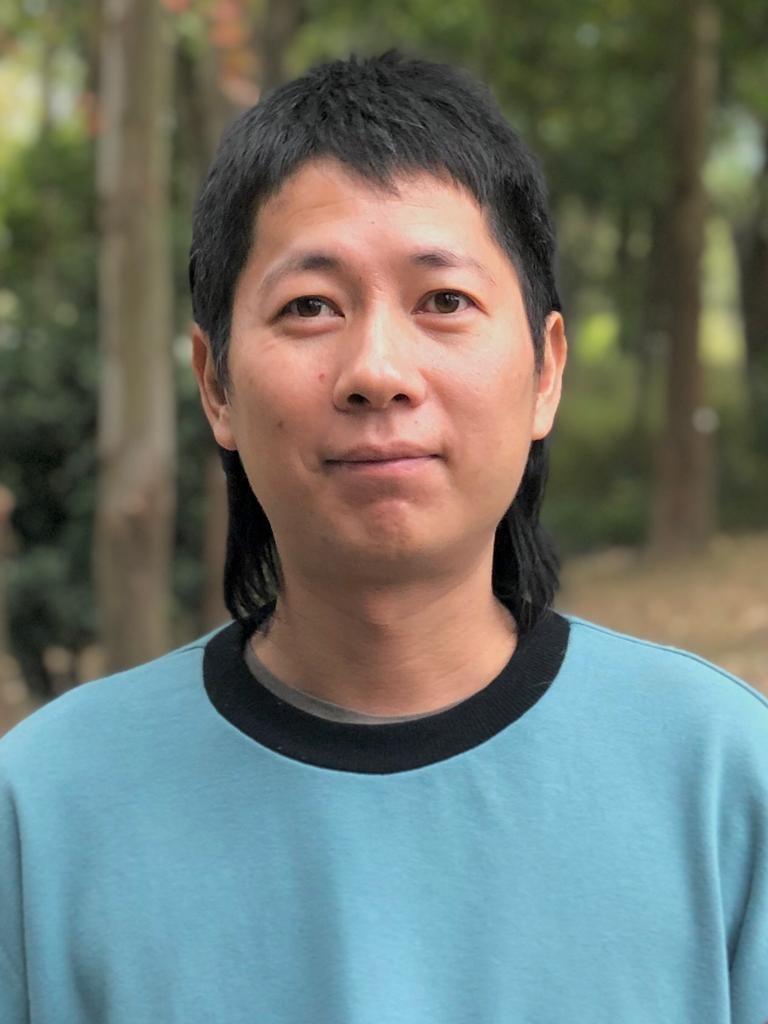 Here free seating at table, counter and bar height allows users to take in the market’s layered ambience. On every floor, pockets of green islands surrounded by standing height bars let passersby pause for a coffee or ice cream while breathing fresh air.

The grand staircases at the north and south ends of the market were restored. Adjacent to their balustrades, black metal handrails were added to bring the stairs up to contemporary building regulations without blocking the original version’s terrazzo-clad aesthetic.

Signage displays, reminiscent of live poultry cages, provide navigational assistance. The Jubilee Street entrance lobby is lit with a chandelier consisting of dozens of the red pendant lamps commonly found in local butchers’ stands. It opens into a central courtyard that has already hosted film screenings at night and public forums during the day.

“The new-look Central Market captures and preserves many of its historical elements and integrates these into the open-plan floor design,” Au explains. “We adopt a ‘boundary-less spatial concept’ to provide more than 100 leasable units for retail and F&B, 1,000 square meters of green open space, and community spaces for a variety of art exhibitions, performances and cultural activities, transforming Central Market into a ‘playground for all’.”

Zero-waste food and lifestyle brand Slowood chose to set up its fourth Hong Kong store in Central Market. As one of the market’s anchor tenants, Slowood occupies an enviable space, overlooking Queen’s Road Central. Jeff Chen, who co-founded Slowood with his wife Dora Lam, feels the location is the right fit for his brand, especially since its strategic location serves as a hub that residents of both Mid-Levels as well as Hong Kong’s outlying islands pass by on a regular basis.

“In Central Market, we expanded our nature-inspired accessories collection and transformed our refill station into a new feature — auto refill wall,” says Chen. “We hope that will encourage more customers to bring their own containers.”

Since its Central Market outlet opened, Slowood has been flooded with more customers than it can handle. “Surprisingly, we found a lot of elderly people visit the Central Market store and buy in bulk,” admits Chen. “Buying in bulk and zero waste is not a new concept for them.”

However, he hopes that Chinachem can, eventually, fine-tune operations: “There could be improved logistical support. For example, there is no official loading bay or proper elevator for our stock to be transported to shelves.”

While acknowledging the opportunities created for retail pop-ups and startups, Chen seems a tad nostalgic about the older version of the facility. “Without the traditional wet market vendors, Central Market seems to have lost its original ambience,” he says. 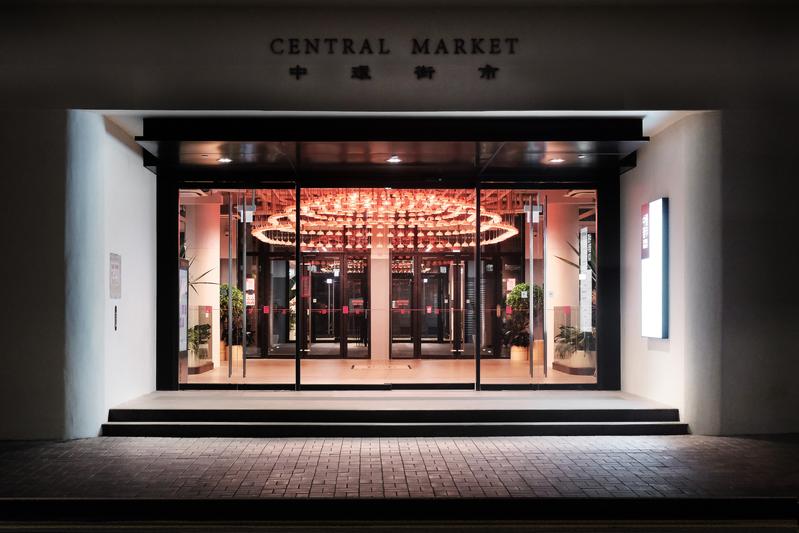 Interior designer Lulu Li visited the revitalized Central Market on its opening weekend and came back underwhelmed, largely because of the hype generated around the event. While she “liked what AGC Design did with the exterior,” Li felt the market’s interior design could have been more customer-friendly. “I walked along the pedestrian footbridge onto Central Market’s upper level to be greeted by a wall of about eight air conditioner units — not very welcoming.”

“I appreciate that Central Market requires revenue generating tenants, but why are there two Lucullus shops on the same floor?” Li asks. “I feel there are too many of the same types of trendy retail and not enough produce on offer. It is like a theme park. The red lamps and replicated stalls are too gimmicky.”

“Chinachem runs the market with an initiative to encourage and support local businesses,” notes Au. “We offer a plug-to-operate concept with basic fixtures and fitting-outs supported by a comprehensive point-of-sales system and a flexible lease plan. By lowering set-up costs, we hope to encourage startups to find their footing and take their first steps on their business journey at Central Market. More than 90 percent of the stores there are local brands.”

In, on her part, is delighted with the changes. “It was brightly lit and popping,” she says. “I saw couples, families, expats, locals — the place was a hub of activity. Central has really changed since I lived there.”

“Central now is less residential and more commercial,” she notes. “The previous Central Market wasn’t a proper use of the site once the neighborhood evolved. Now it is. Heritage buildings should not be preserved just for the sake of heritage alone.”

Chinachem has been gathering feedback from tenants and users since the new-look Central Market’s opening day. “We will review our program based on their preferences and suggestions,” Au notes. “Our grand opening event, titled Celebrations for All, took place on November 12 and phase two will open by the third quarter of 2022.”